You should notice that there is a somewhat large period before the actual shooting takes place. This period is dedicated to research and documentation on the process, especially about everything that relates to the use of the camera for the shooting. Such uses include:

- how to set up the camera;
- how to set up and how to decide which lenses to use (is there a need for a mini35 adaptor?);
- how to do the recording using the in-development programs (ElphelVision, DNG Converter) and therefore trying to give some feedback and interface on their developments;
- how to preview the recorded video (on VLC, MPLayer);
- how to record sound with the camera or using external devices;
- how to edit it and how to do the image post-production to it.

There is already a lot of documentation about these steps spread throughout the wiki, but gathering them, testing them and developing over them in a production environment and in a blog that reflects this environment may be of good use to anyone interested in the Apertus project or in the Elephel camera.The idea is to make this documentation easily accessible to anyone. What can be expected are timely updates on the blog created for the project and especial reports with the conclusions of these steps researches – you could see those as articles that would put all the drafts from the blog together.

Due to sponsorship issues, it is yet to be decided whether the blog for the project will be in English or in Portuguese, but since the Apertus community communicates mainly in English, the especial reports are bound to be in that language. Depending on their interest to the Portuguese-speaking public and on the time we may have, they may also be translated to Portuguese. Examples on how these articles would be can be found here and here.]


An example of the kind of technical steps we will have to solve can be seen below. It shows the automation scripts that will have to be made in order to help production during the editing and post-processing steps: 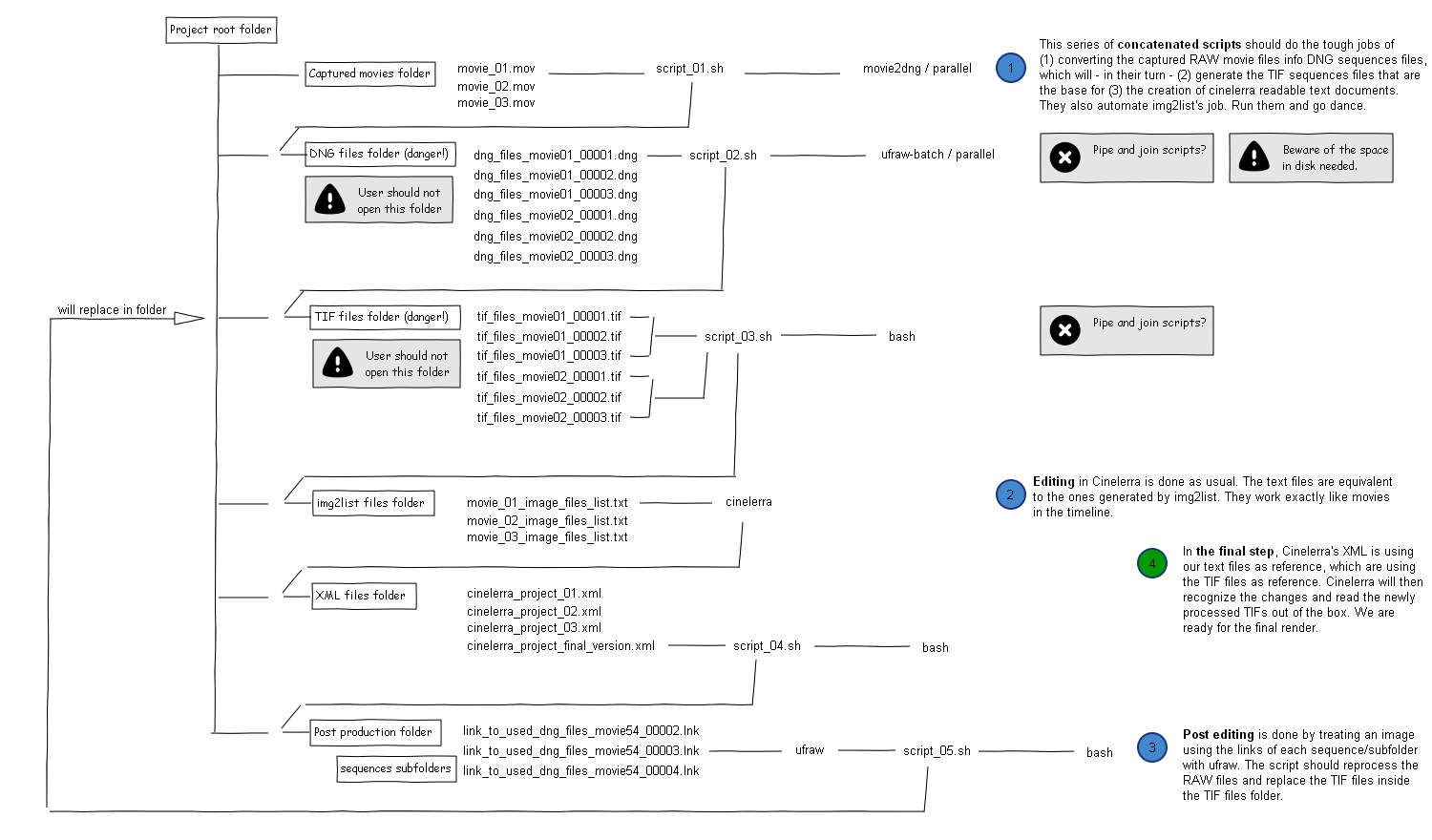 Once we have the technical part we will depend upon solved, we should hopefully arrive at the shooting point confident on the gear we are using and concentrate solely on language.

To help drawing attention to the project and to help financing at least some of the basic structure, we consider running some production workshops to talk about the movie and the production process to anyone who might be interested, but with especial attention to the linux community. Those workshops will be technical-based and, without being too optimistic, there is good chance of finding partners to them.