We have started! Our project has started in May-2012 and is currently running. Last update on the project status (this section): September the 19th, 2012. 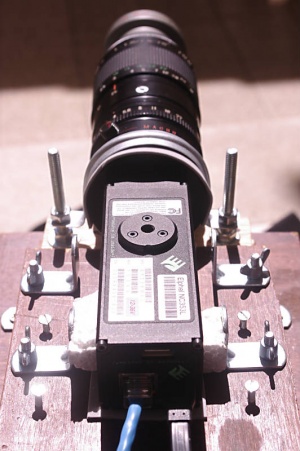 News - The most up-to-date news, news on the production of the film and on this research can be found at the posts in our blog (in Portuguese): florestavermelha.org. You can also check the technical stuff at our other blog.

Articles - For those interested in how to use Elphel cameras to shoot movies, an extensive article on the theme in English is nearly ready and can be viewed in this link. There is also a Portuguese-written article, aimed to be more didatic and less technical.

Workshops - To be able to shoot our movie in an open way, we are also running a couple of workshops, in which we introduce the Elphel camera and the whole editing workflow for it in Linux. You can see some pictures of the first one here and in a blog post here. These workshops included a mini short movie (2 1/2 min), to test how to use Elphel for recording in the field, in conditions similar to those we will have in our production. The picture below shows Cinelerra's editing project, before going to post-production: 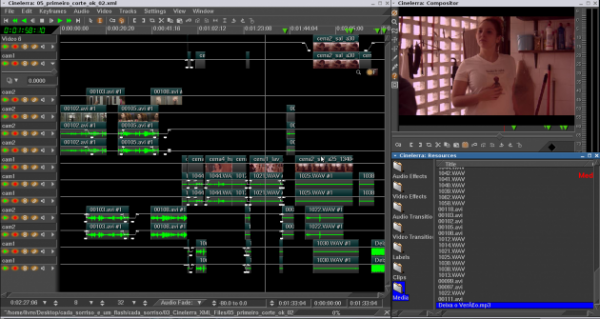 Videos - Currently, there are three videos we made in order to test and/or exemplify the use of Elphel cameras for movies - the first two (no audio) exemplify the RAW workflow for video in linux and the latter (Portuguese-spoken) is a minishort movie we shot for testing the setup on the field (Elphel's footage occuring after the girl enters the house until the end). There is also a very good movie made by the Centre of Spanish Culture (English subtitles) on our project.

Automation scripts - The automation scripts to improve video editing in linux, using Elphel's RAW files as material, are nearly ready and fully functional. The only things that are missing are (1) using the original footage dimensions to update Cinelerra's XML at the very last step - this is being made manually; (2) polishing the code and comments on the scripts; and (3) licensing the scripts for publishing. The last improvements are bound to occur on the editing phase of our project, scheduled to happen in November-2012. 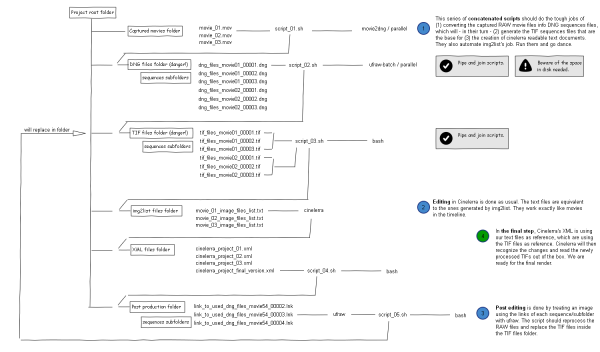